Every time someone says to me, “Still not married?” makes me want to get married less.  I mean, of course the superficial  part of me thinks it would be nice to have the Mathew Crawley and Lady Mary proposal, a royal wedding that’s all over social media. It would be nice, to never have to worry about  having a halloween costume partner, or someone to take me to Nantucket and share Instagram pix while acting like we are the only couple who has ever vacationed there, #blessed #hesuchakeeper. But other than that, marriage sounds kind of scary.  For one thing, I feel like I’m buying divorce presents as much as wedding presents, which is just devastating seeing so many people heartbroken.  And for me, at least I have some idea of what to get for weddings because the couple is registered, yeah, at William Sonoma.  Why not Bed Bath And Beyond? I’m not made of money!

The day I didn’t have to have a roommate anymore was one of  the best days of my life. I mean, sure my last roommate was my big sister and she provided all the toiletries, groceries, and moral support one must have in this city; so that was nice.  Yes, sharing your life with someone is beautiful, but having someone who is just always there sounds  horrible. The reason why I prefer going to the movies by myself, is so I don’t have to worry about someone asking me questions when I’m just as confused as they are.  I’m not being judged for putting sour patch kids in my popcorn, or forced to share popcorn. I don’t know the last time you washed your hands!

The joint  bank accounts, always checking in with one another and sharing a bathroom. It’s New York, of course we’d share a bathroom. Cuddling is the best thing in the world right, but every night?  Move over!  Then, the worrying comes in.  Imagine how much you worry about people you care about now, except 10 times worse. What if he slips on the train?  What if he is shot? What if he’s captured by a member of ISIS? Yes, that’s a real fear of mine. What if he has a horrible day at work, and I don’t have time to do anything special for him?  What if he gets in a fight with his friend, and then I  have to cut all communication with our favorite couple? I’m mad at him, I’m mad at the friend. What if he has mommy issues and I’m over protective and can’t hold in my anger; so I freak out at his Mother for causing him pain!  I’m always stressed and have become a negative woman.  The questions keep coming.  What if his political views change in 30 years?  What if he favors my daughters over my sons?  What if he realizes he doesn’t want an outgoing fun girl who loves people,  but one who is just silent and only engages with others when she’s forced to.  I heard that’s the trend right now. 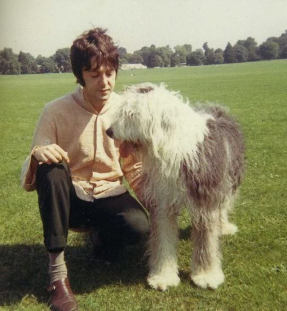 Isn’t it easier to imagine making care packages for Leo DiCaprio, or sharing the remainder of his life with Paul McCartney, than marrying one of the many egotistical maniacs that roam the streets of New York?  That was a rhetorical question. To all my happily married friends, I’m honestly elated for you.  Please, don’t take offense.